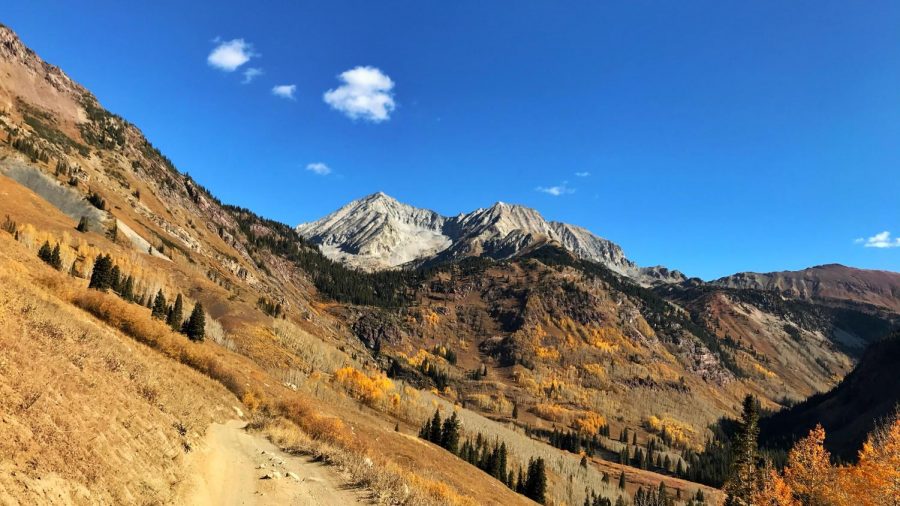 This photo is looking up towards Snowmass Peak after Klein’s first climb and descent.

What happened to Earth Day? As chaos continues in the world, many “less pressing” issues have been pushed to the side, but how much longer can we push aside climate change? Politicians and capitalist governments continue to downplay the severity of climate change, which has made our society blind to the many small, large, and damaging effects that continue to arise.
On April 22nd, 2021 Earth day was celebrated around the world, but appreciating and nourishing the earth we live on is extremely challenging when being faced with many other global issues. OnApril 22, India set a new record for their most COVID-19 cases, there was yet another tragic death of Ma’ Khia Bryant, caused by systemic racism, Biden proposed new policies for vaccines in the rise of his new presidency, fake vaccines were distributed in Poland, there were huge protests in Russia, and much more.
Originally, Earth Day was created to construct programs like the Environmental Protection Agency (EPA) and acts like the Clean Air Act and the No Clean Water Act by Senator Gaylord Nelson to incite action for climate change. 51 years later and Earth Day seems more like a childish holiday where kids make art collages, rather than an opportunity to act.
America’s Charities is a program that works towards providing resources for citizens to donate money, or to give outlets for others to spread the word. They give us ways to celebrate Earth day, but have we focused on the wrong aspect of the holiday?
“Engage with us on Twitter, Facebook, and LinkedIn and let us know you are celebrating Earth Day. Be sure to include the hashtag #EarthDay in your posts to join the global conversation online,” America’s Charities said.
As climate change becomes even more noticeable in local communities, hashtags seem like a facade of action. As we creep closer to an even bigger increase in devastating storms and more extinction in plants and animals, we need to strive to include Earth- consciousness in all days of the year.
Visit the University of Boulder’s environmental site to see the before and after effects of climate change on Colorado’s environment.
“The Western United States has seen a larger increase in average temperature in the past decade than any other part of the country. This exacerbates already existing problems such as snowpack, water scarcity, drought, pine beetle infestation, etc.,” according to the University of Boulder’s environment site.
One popular misconception of business owners and venture capitalists is that by ignoring climate change, the economy will continue to profit endlessly. However, economics rely heavily on the prosperity of agriculture and other climates. In Aspen especially, without strong and stable snowpack and the maintenance of rivers and trees, the town’s overall success would crumble. Aspen depends on the income that it receives from tourists, without the outdoor attractions like skiing, biking, hiking, and sightseeing, the flood of new cultures and events that we all look forward to would disappear.
Reducing your carbon footprint doesn’t necessarily mean going off the grid. Taking small steps in all aspects of your life to create change is always better than committing to one task and failing.
Livia Albeck-Ripka, a writer for the New York Times, lists ways that anyone can work towards a more sustainable lifestyle in How to Reduce Your Carbon Footprint.
“The science is complex, and when it comes to future impacts, there are still a lot of unknowns. While real solutions will require action on a global scale, there are choices you can make in your day-to-day life to lessen your personal impact on the environment,” wrote Albeck-Ripka.