Redhead insurrection at the Capitol 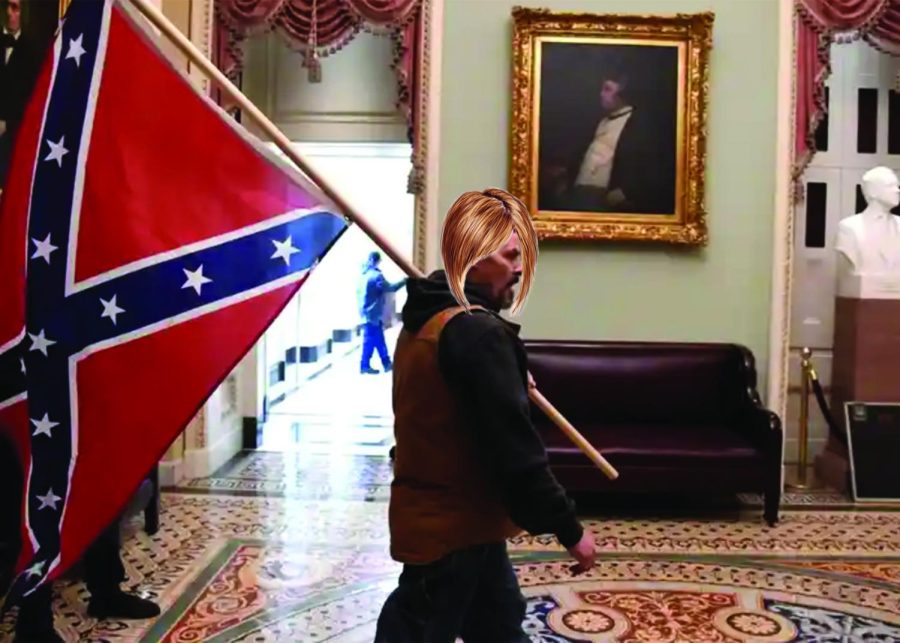 SATIRE — In the wake of the January 6, 2021 capitol insurrection, a group of militarized redheads stormed and took control of the capitol building on the one year anniversary.
What started out as a peaceful protest quickly turned into a riot when an extremist ginger group, “the Red-Hand,” entered the building. They holed up in the senate room and retaliated against those who tried to take the room. In the process, they took multiple hostages, one of which had their soul stolen when they tried to fight back. The carrot tops sent out a negotiator with a list of demands including:
End discrimination against redheads.
Stop using the derogatory word, “ginger.”
Finally give each and every one of us a soul.
They did allow a few journalists in to talk. The leader of the group was a massive norse viking with long, flowing red hair, tattoos, and a long braided beard. He seemed confused but in control of the situation. He sat on a stool that was much too small for him and read norse mythology to a group of young gingers who listened intently.
“They found me on the street. I didn’t really know what they wanted me to do, but I realized pretty quickly that the government wouldn’t listen to a bunch of scrawny redhead nerds,” the viking said.
It didn’t take long for President ByeDen to hear of the situation and immediately went to the capitol. He listened intently to the demands and stood there pondering. An aid ran up to him and whispered something in his ear. He hastily addressed the waiting crowd before hustling out of the building, telling the police to retake the building.
“Shut up, ginger,” were ByeDens words.
The enraged group were quickly dispersed with tear gas and flash-bang grenades. The police didn’t make any arrests and national guard was not called upon, fortunately, and the group began to go home before they got bad sunburns on the lawn. The viking was once again on a stool, using hand puppets to engage the children, acting out a scene from viking legend. He had hid during the violence, opting to not get involved. A younger ginger kid talked about how unjust it was, how his voice should be heard, but not even his compatriots cared.
“This is a complete disaster. We want justice and we won’t stop until we get it!” he yelled, inciting no reaction.
By now most of the people had gone home and few remained. Among them, the viking, the pudgy kid with the lisp, and a few other of the angrier protesters. Pedestrians gave the protesters a wide berth, and the president delivered a speech on the steps of the capitol. Much of it was about how a senate member’s soul had been stolen, and how the government would not stop until it got justice. He announced that this insurrection was an act of terror on the United States.
“We declare war on the ginger population. We will hunt every one of them down and dye their hair blonde. No ginger shall live in this country, we will be nothing like those European countries who embrace their kin” ByeDen said.