THE SKIER SCRIBBLER • May 2, 2022 • https://skierscribbler.com/11033/news/ahs-implements-delayed-start-for-winter-conditions/ 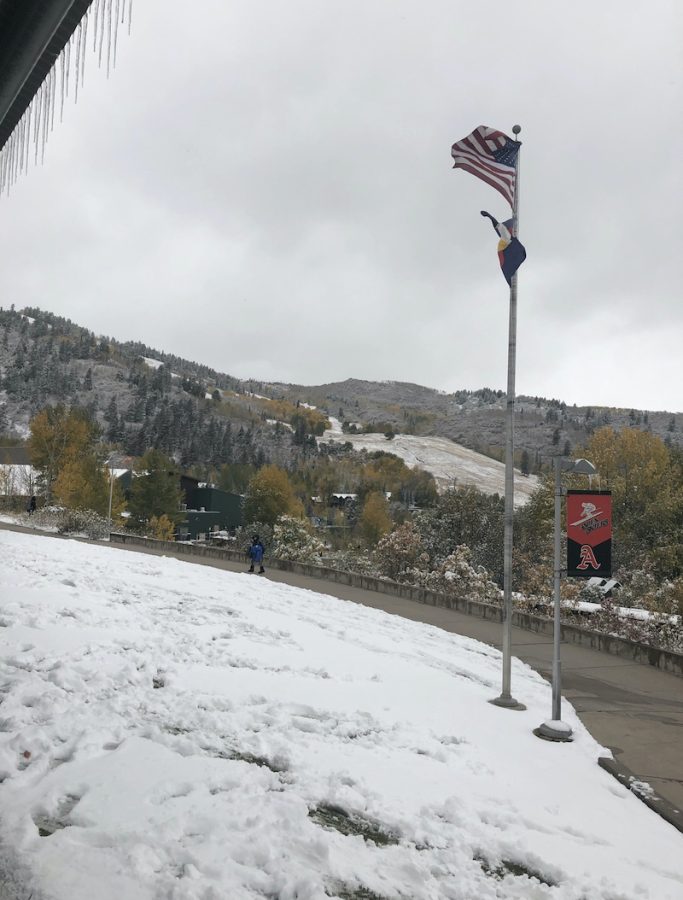 A winter day at Aspen School District during October 2021.

When it comes to large amounts of snowfall and icy road conditions, snow days are all the Aspen School District has ever known. For the first time ever, ASD joined schools around the country in delayed starts as opposed to snow days.

On February 24, the Aspen School District had its first delayed start. ASD has a limited amount of allowed days off from school without extending school days into our summer break, which includes snow days. Delayed starts have been put into place as a consideration of how the morning commute to school is dangerous when there are difficult road conditions, especially coming from down valley. Delayed starts take educational time into consideration when the weather forecast is scheduled to improve throughout the day.

While a delayed start would keep the last three periods of the day the same, as well as lunch, it cuts out class time from the first period of the day. This disrupts teachers’ lesson plans. Putting teachers aside, not every student is supportive of this decision. Julia Diaz, a freshman at AHS, has mixed feelings, but understands the motivation behind it.

“I don’t really like delayed starts that much, I feel like they disrupt my schedule. Not having as much as a first class is annoying to me as well as the teacher,” Diaz said.

“I think the benefits do outweigh the costs. It is annoying, but I can deal with it. I would rather have a delayed start than an extra day at the end of the school year,” Diaz said.