America: the land of the imprisoned 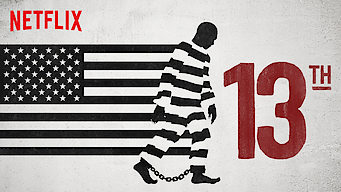 The cover from the Netflix documentary about the prison system called "13th".

America is said to be the land of the free, yet the United States holds 5% of the world’s population and has nearly 25% of the world’s prisoners. Convicts in the US are thrown into jail cells without the proper physical or mental care.
Under the current administration, government officials such as Jeff Session are pushing for higher incarceration rates and more funding for the War on Drugs. The War on Drugs is a government initiative that was introduced in the 1970s, aimed to stop illegal drug use and distribution. According to the Bureau of Justice, since its start in 1974, incarceration rates have risen nearly 600 percent. Federal and State prison populations grew from 218,466 in 1974 to 1,508,636 in 2014.
Although this initiative was advertised as a solution to America’s drug problem, it actually served as a ploy to discriminate against African Americans and anti-war supporters. John Ehrlichman, Nixon’s advisor, issued a statement to the public that said otherwise.

“Nixon campaign in 1968, and the Nixon White House after that had two enemies: the antiwar left and black people. They knew we couldn’t make it illegal to be either against the war or black, but by getting the public to associate the hippies with marijuana and blacks with heroin, and then criminalizing both heavily, they could disrupt those communities. Arrest their leaders, raid their homes, break up their meetings, and vilify them night after night on the evening news. They knew they were lying about the drugs”

The war on drugs is not used to keep criminals off the street, but instead, is utilized for institutionalized racism. Despite this, lawmakers continue to fund the War on Drugs, praising how effective the movement has been. A report by the U.S Department of Justice in 2017 stated that 1 in 5 convicts is imprisoned for non-violent drug offenses. such a population incarcerated for drug offenses and the War on Drugs prioritizing arrests for drug possession and distribution; other serious crimes are going under the radar.

Often, people with drug problems are thrown into cells, and the problem is never dealt with. Instead, they are left to solve their addiction in a harsh and unforgiving environment. In other countries, such as Finland, they designed their prisons similar to rehabilitation centers. Their rooms are similar to college dorms in the US. The prisoners are given counseling sessions and other rehabilitation treatments. Consequently, Finland has a significantly lower percentage of incarceration and drug addiction.
Incarceration is a vicious cycle. Convicts are typically in and out of prison for life. After the first sentence served, 60 percent of convicts return to prison within the first year.
Lisa James, the Community Organizer of A New Way of Life, a non-profit organization that provides services to former convicts has seen and experienced the re-entry process first hand.
“A person released from prison needs housing, a job, and transportation. However, due to the convictions on their record, many of the general necessities of life are not available, which leads to high rates of recidivism.” James said, “It is a struggle for a formerly incarcerated person to live when they have not home or food. There is also a lack of programs that can help them learn new skills and attend classes.”

Former prisoners face prejudice in the workforce, which leaves them unemployed. Without a job, they do not have sufficient funds to tend to their basic needs. Many find themselves falling back into a life of crime because they need money.
Mass incarceration costs taxpayers billions of dollars every year. The average cost to incarcerate a US citizen can range anywhere from 10 thousand dollars to 150 thousand dollars. With the prison population increasing each year, the number of taxpayers’ dollars poured into the system will rise as well. Police departments are pressured by higher officials to get a certain number of arrests. With the specific number met, the government will fund their unit properly, making these rates skyrocket even more.
The US prison system is in desperate need of reforms. Why are Americans spending 80 billion dollars of their hard earned cash on a prison industry that is failing? Instead, this money could be reallocated into education, mental health treatment, or substance abuse treatment. Many crimes could be avoided in the first place by having stronger support for impoverished communities and people with mental illness. When the US turns their back on people who are in need of help, the problem only continues to get worse. America should be known as the land of the free, not the land of the imprisoned.