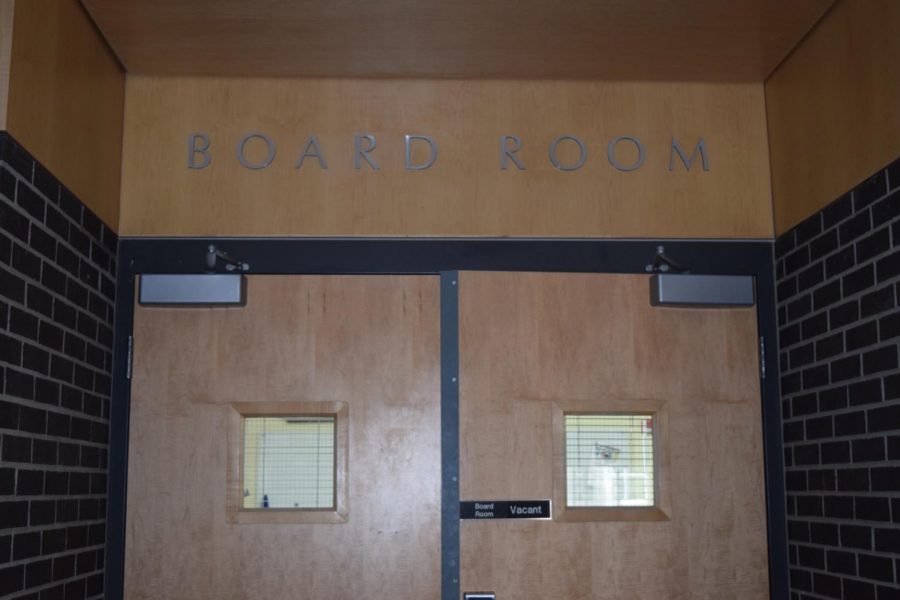 The Board of Education room at ASD.

A note to readers: Data reported in this article is from an anonymous survey of 19 staff members in the Aspen School District conducted by the Skier Scribbler and does not reflect the beliefs of the entire district. Those interested in having a more in-depth interview on the record were given the opportunity to do so during the Scribbler Study.

The results from the Culture and Climate Assessment that analyzed the workplace environment among other things at the Aspen School District have left a variety of impressions on personnel within the district.

The study conducted by consulting firm Wilson Foxen included focus groups, one-on-one interviews with staff, and a district-wide survey. The firm was hired by the board after the fall of 2018 during which the Board of Education decided not to renew Superintendent John Maloy’s contract. Results of the survey were intended to be used to draw attention to high and low points in the district, and firm Wilson Foxen was able to offer some suggestions on how to improve the district moving forward.

In order to collect data for Wilson Foxen, a survey was sent out to the staff of ASD asking questions regarding the Culture and Climate of their workplace. To complete the survey, statements were given and possible responses were choices ranging from Strongly Agree to Strongly Disagree. Statements included “senior District Leadership shares the right information, at the right time, with the right people” and “I have the opportunity to do what I do best every day.” (SOURCE: Wilson Foxen).

The Skier Scribbler sent out our own anonymous survey to staff asking their thoughts on the results and effectiveness of the Culture and Climate Study.

Results from the survey conducted by the Scribbler were diverse. Teachers and staff wrote that problems included a lack of trust between the staff and the superintendent, and most respondents had no strong feelings about whether the solutions offered by Wilson Foxen were feasible.

Maile LaPenna, an English teacher at AHS, answered the Scribbler’s survey and wrote, “No real momentum or change is going to occur without detailed, personal feedback that addresses specific issues.”

There was also a lack of strong conviction when asked if changes that need to occur can happen with the current administration in their building, with more than two-thirds of responders saying “No” or “Maybe”.

When asked if the study was worthy of the money spent, over half the respondents were neutral, or said the study was not worth the funds spent.

In response to the Scribbler’s request to reply to the survey, one anonymous teacher responded, “I didn’t take the time to attend any of the meetings about the final report, nor have I taken time to read it so I can’t really respond to [the] survey. I guess my apathy speaks volumes about the importance I place on its findings and to what degree I feel the district will take action.”

More than 50% of responses were indifferent or disagreed that the survey addressed all aspects of the school’s Culture and Climate as well, but they also said that the findings of the Culture and Climate study were an accurate reflection of ASD. Teachers also felt that the data would be more useful and applicable if broken down by building so specialized changes could occur or if data collected included student input.

Anonymous comments left by teachers on the survey also varied, just like the results.

“The survey, as presented at this given time, is not productive. The buildings are all lumped together as one unit when the issues that each building faces are vastly different. It is necessary to look at the results in a different way in order to successfully use the results,” one AHS teacher wrote.

Another staff member commented, “I think this was an expensive, yet nice try to tackle a HUGE animal.”

Moving forward, it will be the job of the staff, administration, and Board of Education to collectively implement district-wide changes in the Culture and Climate of ASD. Administrators and staff members are looking to implement specific changes in their respective schools. AHS Vice Principal Sarah Strassburger offered her thoughts about steps moving forward.

“All information is helpful and we have to always consider how to be better,” said Strassburger.