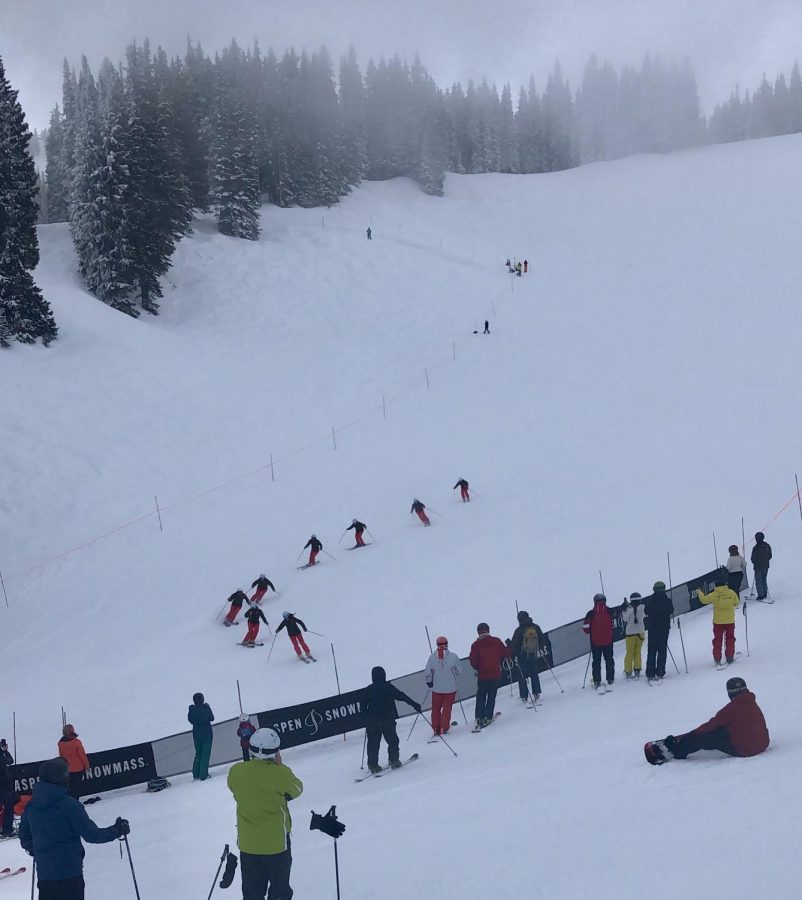 It’s like ski ballet or a dance team on skis! The annual Aspen World Synchronised skiing competition which takes place on April 11th through the 13th on Aspen Mountain above Bonnie’s restaurant. Founded in 1998 and brought to Aspen in 2001, this competition has become an event that both spectators and competitors look forward to. Teams gather at the top of North American to prepare for their run while spectators crowd to watch from the deck of Bonnies which re-opens three days for this event.

This year ten teams came from all over the world including Canada, Turkey, and Colorado. Yet, few people outside of the competition actually know what synchronized skiing is.

Competitors are expected to do short turns while exceeding thirty miles per hour. Synchronized skiing, or technical skiing, is split up into five different categories. Judges are usually looking to see if competitors are carving each turn, staying synchronized, and if their overall performance is good. There are deductions for falls, and every category is scored out of five.

The head judge of the synchro competition, Gregor Neal, has been involved with this event for all 35 years, judging, competing, and helping out in any other way he can.

“I’ve been involved [in synchronized skiing] since the start of this event in 1987. We had an inter-ski school competition with four to a team in 87 and we had twelve teams. It turned into a competition every Tuesday afternoon for six weeks, then because of that, we decided to introduce synchro skiing as a training method to improve everyone’s skiing.”

Teams spend a lot of time practicing for this event. During this time teams are able to figure out their strengths and weaknesses, and at the end of the day everyone is there to have fun and say goodbye to another ski season

“It’s really fun to be apart of a team because we have such a good time together. We love picking out the song to choreograph our run to, and it’s always the best feeling when you get to the finish line and all of the other teams are cheering and congratulating you. It isn’t a toxic environment whatsoever, everyone is just here to have fun.” Carson said