The heating dilemma at AHS 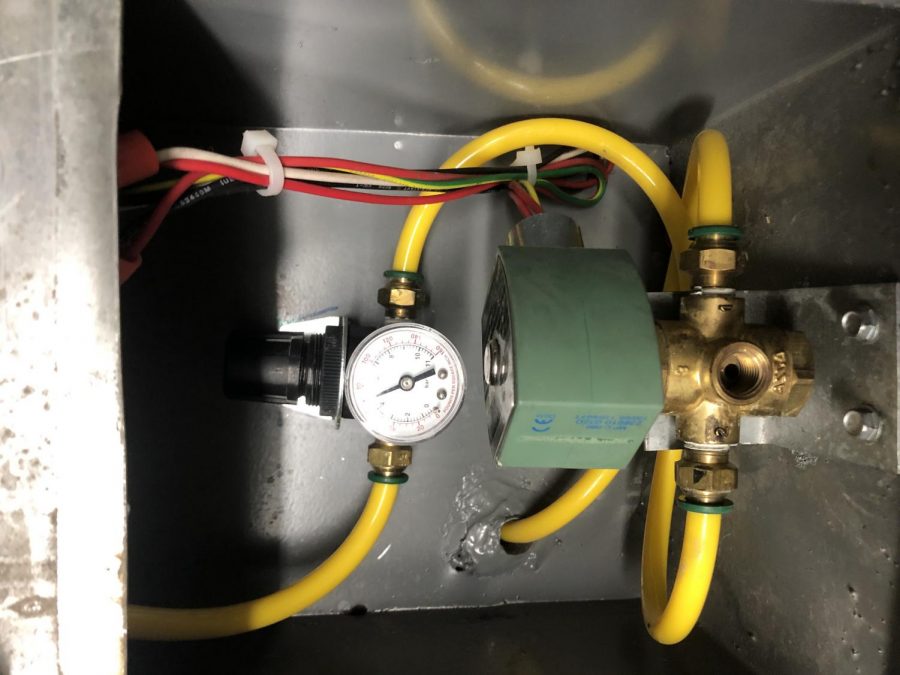 A photo of the air leak in AHS's heating system.

As students wander through the halls on this chilly October Monday, their faces drip with sweat, and they fan themselves with fans made out of their math homework. Each student has shed their layers to expose only their bottom layer, t-shirts, or tank tops – if they’re lucky. Few doomed students remain in sweaters or fleeces, cursing their outfit choice.

Last week, when the cold snap of weather fell over Aspen, the school and student body panicked. With an out-of-date heating system and plans to refurbish by the end of the month, the school brought in space heaters and hot fans to regulate the building’s temperature if a pipe or something were to burst. Unfortunately, these space heaters were useless Monday, when most classrooms, especially upstairs, averaged 80 degrees.

“So the school has a computer-controlled HVAC system that runs all the programs and all day I couldn’t get it to run correctly because of an air leak that was telling a sensor that it was still too cold. So to protect itself it created heat,” James Webber, head of maintenance explained. “It opened all the valves to the school so that nothing would freeze, so it’s a Fail-Safe. It’s good that that happened but it’s also super bad because it’s 80° in all the rooms.”

Overdue for updated heating anyway, the AHS maintenance team has been working very hard to control the situation as well as refurbishing the school’s heating system.

“We’re updating the science wing heat right now. So that’s new and we need to update some of the systems. The Black Box needs a lot of heat. But yeah, that’s definitely a focus of the maintenance right now,” Webber said.