“Too Hot To Handle” reveiw 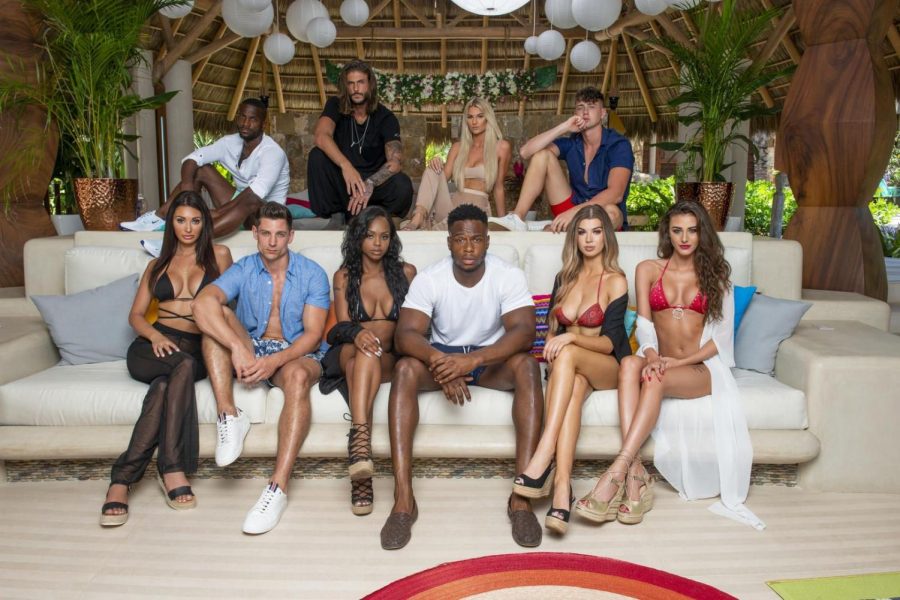 A photo of the "Too Hot to Handle Cast."

Netflix’s newest dating show, Too Hot to Handle missed the mark, as it strayed from its initial premise.

Too Hot to Handle aims to spice up the standard basic dating show algorithm. Similar to most other dating shows, a group of attractive singles are sent on a tropical getaway.

The contestants, however, are encouraged to restrain from sexual contact. Initially, the participants have the ability to split a $100,000 prize, from which money is deducted each time they break the contact guidelines. To most people, remaining chaste for a month is quite an easy task, but this is not the case for the participants. It is evident that the show aimed to encourage emotional growth.

Although the show’s premise seems new and exciting, the execution is poor. One of the show’s biggest missteps is choosing a uniform cast of selfish, commitment-opposite, shallow individuals. The show prompts the characters to become introspective during workshops, yet the singles leave the island particularly the same as when they arrived. The characters are distasteful, unrelatable, and bitter, hindering the appeal of binging the show.

A few of the show’s members break the rules just to stir the pot. Many of the characters lack common sense, one of whom even asked what the number for 9-1-1 was. The overall shallowness of the characters causes the prize money to dwindle. The casting appears to be problematic\; however, if less sexually motivated people were cast, the show couldn’t exist.

If Americans were not in quarantine, the show would have likely flopped. Or maybe the show plays to peoples’ egos, as the characters are far more selfish than most, and people tend to watch reality TV to feel better about themselves.