The death of emails 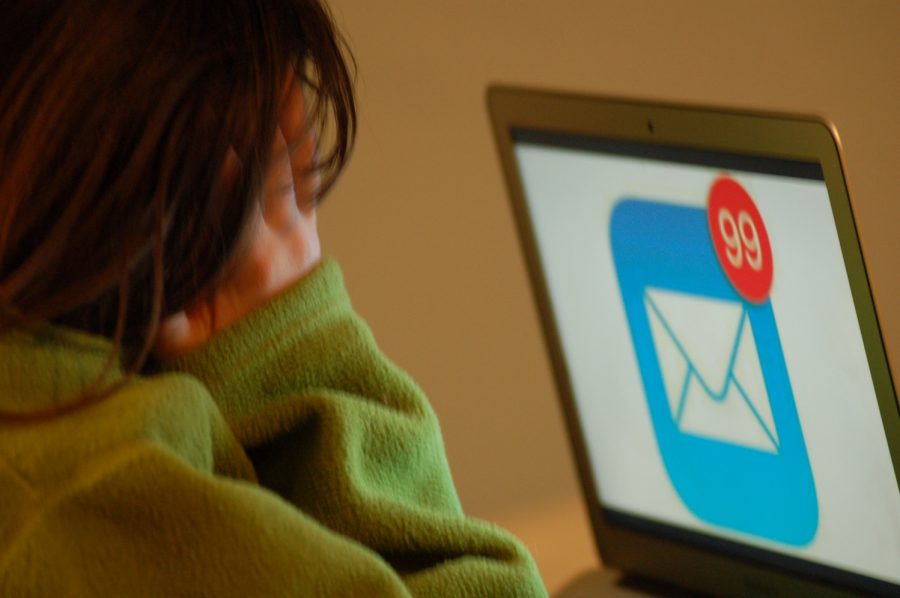 Student feeling stressed out from a crowded inbox and email overload.

The inbox. An overwhelming sea of schedules, announcements, reminders, questions, answers, newsletters, and promotions that is inefficient and old fashioned.

Emails are only 7% as effective as talking, a study by UCLA found, and another study by the American Academy of Neurology shows that digging through emails contributes to mental burnout.

A new era: How chat apps solve the problem of junk email

Apps such as Slack, which has over 10 million daily users, have been successful in workplaces and businesses. Slack can be used on any device, and does pretty much everything that email does. Users can send direct messages to peers, teachers, larger groups, or organize conversations by topic. Only people who have been approved by an adviser or teacher can access Slack, so there are no junk emails from random senders.

Spam emails are such a problem that President George W. Bush signed the Can-Spam Act into law in 2003, but 44% of physicians said that in 2020 junk email still contributed to screen fatigue and sleep disturbances, according to a study done by the Association of Pathology Chairs.

The organization of chat apps means unnecessary messages don’t clog users’ screens, and the exhaustion of junk email may be over, with these apps offering more personal and clear communication, even when peers can’t talk in person.

Employees at Nine, one of Australia’s largest media companies, felt that even when they were working remotely, they could still connect as if they were speaking.

“The most efficient form of communication is face to face. If you can’t do that, I would argue the next most efficient is Slack,” said Damian Cronan, who works at Nine. These apps also send notifications which allows for faster, more direct communication.

“Texting” for work: the possible dangers and solutions

However, some wonder if these apps will cause the spaces between work and play to bleed together.

Stephen R. Barley, a professor at the University of California Santa Barbara, felt that email extended stress about work into times when people were not at school.
“It’s an encroachment of work into other spaces in your life,” Barley said.

If students or teachers receive a message on Slack or Google Hangouts after school, many say this will contribute to stress, and that efficient communication is not worth an imbalance of work and life.

Although users have the ability to send messages out of school or work, establishing boundaries about etiquette can prevent these apps from becoming a burden.

Chat apps should be used at AHS

Messaging applications are successful in businesses. But what if we used them for school?

Aspen High School’s journalism class uses Slack, and uses channels like “social media”, “fundraising”, and “general announcements”. Other classes use Google Hangouts, one of Google’s platforms that is also used for video meetings. Teachers can send the whole class announcements, like updates on grades or projects, when students are not in class.

In my personal experience with Slack, it has made communication more efficient and clear than email. If I have a question about my article, or a concern about meeting a deadline, I can send a message to my editor or adviser. I can also send direct messages to groups or teachers with Google Hangouts, as well as peers, which has been helpful especially with group projects.

Communicating with my teachers and classmates is much quicker with chat services like Slack and Google Hangouts.These apps have a less formal and more direct tone than email, so messages are shorter and faster to write and respond to, and less likely to be misunderstood.

Emails can create a barrier of formality and defer students from reaching out to teachers, and virtual classes have barriers for voiced participation, like anxiety. Messaging apps have less judgement, and in a time when many of us are at home or can’t connect with our peers in real life, they create a more inclusive classroom. Messaging apps like Slack are a relief from email, and more teachers should consider using them.