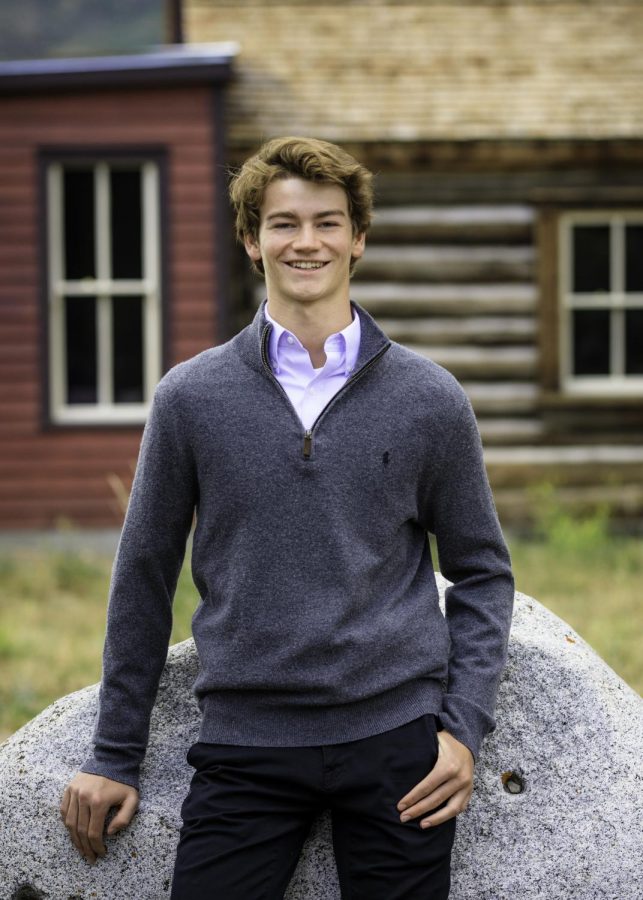 This is the second article in a series of articles featuring all IB Diploma students:

Due to school closures because of COVID-19, AHS IB Diploma students in the class of 2020 will not be able to have their traditional ceremony. They will also not be able to take the tests that they have been working towards for two years.

These students have been working diligently and have put an exceptional amount of time and effort into the IB Diploma program. Eloise Clark, Lander Greenway, and Nellie Tash have learned a lot through this program, whether subject-based, or about life in general. These students also gained some insight into what college will be like.

Eloise Clark
On top of IB Diploma, Eloise Clark has pursued her pilot’s license. Despite not having much interest in a career in aviation, Clark has done classes to get her multi-engine and commercial license. Clark will be attending the University of Colorado Boulder in the fall, majoring in history and political science.

Clark chose to pursue an IB Diploma because she loves the structure of IB classes, where the emphasis is on how one applies what they learn as opposed to memorizing facts and formulas. She walked out of her IB Diploma career having gained a close friendship with her classmate, Hailey Higdon. The two ended up in multiple math and science classes together. Clark feels having the support and shared experiences with other students was what got her through IB Physics.

Lander Greenway
Lander Greenway has lived in Aspen his whole life. He loves to ski, play soccer and hockey, and loves to be outside. Greenway also loves The Office and likes to listen to various types of music. He will be attending Colorado College, and majoring in environmental physics.

Greenway decided to do IB Diploma after signing up for six IB classes out of interest. At that point, the full diploma was adding the TOK class, Extended Essay, and CAS project. He was up for the extra challenge as he knew it would help him prepare for college, and he was also interested in the TOK class.

Greenway would recommend IB Diploma for people who are looking to prepare for college, as he found it is great for learning how to handle an intense curriculum before moving into higher education. He does not recommend IB Diploma to those who believe it is the ticket into getting into their top school. Greenway suggests spending time on application essays instead.

Nellie Tash
Nellie Tash enjoys skiing, spending time with friends and family, traveling, spin class, and the outdoors. She participated in Model UN for most of high school and is interested in politics and government. Tash has worked at a clothing store and a pharmacy over this past year and has also volunteered for the Buddy Program and English in Action. Tash also likes watching TV and movies and loves stand-up comedy. John Mulaney is her favorite stand-up comedian, and Harry Styles is her favorite singer.

Tash was planning on taking all of the six core IB classes anyways, so doing Diploma was a good idea as she was already meeting most of the requirements. She also wanted to be challenged and was interested in the idea of an international curriculum.

Tash knows that for her teachers it has been hard to continue to teach their classes in the same amount of depth that they would have if students were still in school. Additionally, confusion was caused about the future of their diploma through the cancellation of IB exams. Tash is very thankful for Eileen Knapp and all the hard work she has put in, as well as all of her IB teachers for figuring out how to continue to keep students engaged for the rest of the school year and ensuring students receive their IB grades.