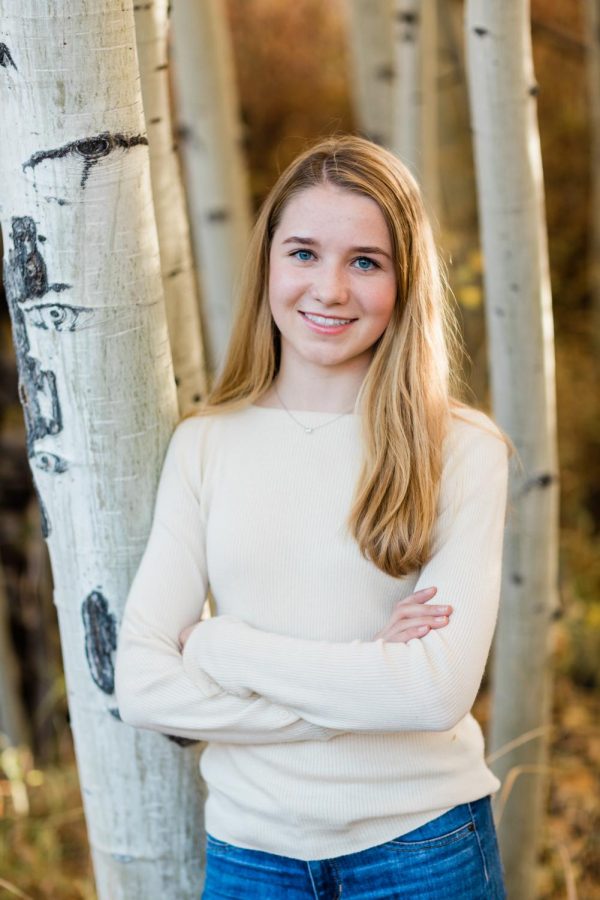 This is the last of a series of articles featuring all IB Diploma students:

The IB Diploma Class of 2020 has run into many struggles in their last semester of school. From IB exams getting canceled to their diploma ceremony and graduation being up in the air, these students have faced it all through their senior year.

Despite the COVID-19 challenges, Sophie Wilcox, Hayley Heineken, and Belle Kowar were able to finish their senior year and IB Diploma adventure strongly. These students will leave having experienced senior year IB Diploma hardships no other class will face, but they were able to keep it together right up until the end.

Sophie Wilcox
Sophie Wilcox has lived in Aspen her whole life. She ski races and plays tennis. She will be attending Chapman University to study documentary filmmaking in the fall.

Wilcox decided to take the IB Diploma because all of the classes that she would’ve had to take seemed interesting to her. Her sister had done the IB Diploma and recommended it to her. She was also interested in taking TOK and doing the CAS project.

Wilcox believes she walked away with strong relationships with all of her teachers after IB Diploma. She spent two years in these classes and feels that strong bonds were formed between her classmates and teachers. She is really happy about the relationship she formed with her Extended Essay supervisor, Gretchen Calhoun. Calhoun shares the same passion for film as Wilcox, and was able to not only help her on her paper but also help her with anything outside that is film-related. Wilcox is very thankful for Calhoun’s help.

Hayley Heineken
Hayley Heineken is a three-sport athlete. She plays ice hockey, lacrosse, and volleyball. She loves to ski, trail run, and be outside in general. She will be attending and playing lacrosse at Colorado College next year while majoring in mathematical economics.

Heineken wanted to do IB Diploma because she wanted to take all of the necessary classes and knew she could push herself to complete the extra diploma requirements. She would advise anyone considering diploma to make sure they’re doing it for the right reasons. Heineken doesn’t believe doing Diploma got her into a better college, but did give her the opportunity to test her limits, explore her interests, and figure out where she wants to spend her next four years.

Heineken believes there has never been a time where she missed out on any social event because of schoolwork, but she believes that is because she is good at time management. Heineken suggests students manage their workload right and get help from the people around them, then the workload will be doable.

Belle Kowar
Belle Kowar is a competitive and nationally ranked figure skater. She enjoys playing the piano and violin to de-stress from schoolwork. Kowar will be attending Syracuse University, majoring in business, but will be deferring to compete in figure skating.

Kowar believes the best part of the IB Diploma is the opportunity to take TOK with the other diploma students and build an in-depth foundation on which to base the other classes. She enjoyed the challenging material of each class, but there is an increased workload that can be overwhelming at times. Kowar would recommend the IB Diploma because the program taught her better time management when it came to balancing school, extracurricular activities, and figure skating.